The fourth instalment of Modern Music Days’ Regional Concert Series, TRIOS, will give the public access to an exclusive castello. Iggy Fenech chats to composer Ruben Zahra to find out more about the recital and, more specifically, his composition Crimson Sunrise.

The objective behind the Regional Concert Series of Modern Music Days (MMD) is twofold: to promote the performance and understanding of contemporary music and to present concerts within unique historical venues across Malta and Gozo.

The first three dates – which took audiences to Ta’ Bistra Catacombs in Mosta, the Victor Pasmore Gallery in Valletta and Mnajdra Temples in Qrendi – have been successful in doing that. Yet, ‘TRIOS’ is actually set to raise the bar by creating the opportunity to visit a heritage site that is not customarily open to the general public. 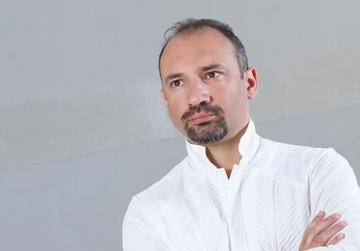 Located in San Ġwann, opposite Mensija Chapel, Castello Lanzun is the headquarters of the Military and Hospitaller Order of Saint Lazarus of Jerusalem. Able to trace its origins back to the Holy Lands after the first Crusade of 1099, the Order today works around the world by helping to supply pharmaceuticals for treating leprosy and to raise awareness about the discrimination the afflicted face.

One of the pieces to be performed on the night will be Ruben Zahra’s Crimson Sunrise, which was written specifically for violinist Nadine Galea, who has performed in front of Queen Elizabeth II and who made the news earlier this year when global superstar Will.I.Am flew her to Cannes for a special performance.

“Crimson Sunrise is a piano-violin duo which Nadine had asked me to compose for her while she was still studying at the Royal College of Music (RCM) in London,” Ruben explains.

“Sometimes these requests or commissions come with a brief but, in this case, the only pretext was that it had to be short. The music was presented for a final concert at RCM and therefore a level of virtuosity on the violin was implied.” 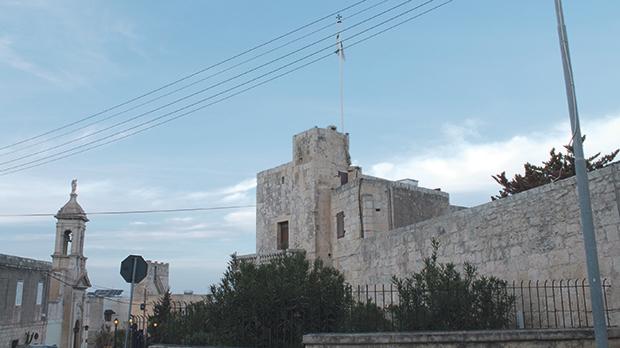 Crimson Sunrise sits comfortably in Ruben’s more recent streak of compositions that are a far cry from his earlier works rooted in folk material. His newer musical style, in fact, expresses a strong rhythmic character – complex and yet grounded in an organic pulse.

As Ruben explains, he is not afraid to draw his inspiration from various sources, including heavy metal riffs. “I am intrigued by the rhythmic configurations found in hard rock and heavy metal,” he says, “but, to me, these are just ‘raw materials’ that are transformed within the tapestry of my musical work.

“Gershwin and Bernstein, for example, use jazz in some of their work, while Bartok and Stravinsky use folk material in their compositions. And yet The Rite of Spring is distinctly Stravinsky. The raw materials are distilled into the language of the composer. Similar to how a painter like Kandinsky can adopt figurative elements, such as animals or houses, and transform them into his own aesthetic.”

Ruben is particularly fascinated by how the phenomenon of a hard rock concert taps into the architype of tribal ritual. “There’s a huge crowd that attends the concert arena – like a place of worship where the crowd has gathered to worship the ‘idol’. A hard-rock riff somehow has the capacity to strike some primordial instinct shared by all those attending the ritual: The groove, the beat, the riff drives a crowd of 30,000 strong into an episode of what could be described as mass hysteria. I am really intrigued by that, as well as the qualities in the music that trigger this primordial instinct.”

The beauty of TRIOS, however, is that it will present a programme of contemporary music that is exciting and accessible to all. Accessibility, in fact, is at the heart of this project and Ruben has made sure to put together a programme that everyone can enjoy even if it will take the audience beyond its comfort zone into uncharted musical waters.

TRIOS is part of Modern Music Days, which is organised by the Manoel Theatre, the Malta Association for Contemporary Music and the Valletta 2018 Foundation as part of the culture programme of Valletta 2018 European Capital of Culture. This concert is being organised in collaboration with the Military and Hospitaller Order of Saint Lazarus of Jerusalem. Tickets are available online.